The Mission
...healing the mind, heart, body and soul with the Word of God.
Espańol

Welcome to our Pablo Maria Mission Website. As many of you know, Brother Pablo Maria's life has once again taken a dramatic turn. Since his "conversion" he has continued to be obedient and follow the Lord's plan for his life. And the Lord has recently revealed a new direction.

After 10 years as a monk at the Monastery of the Holy Spirit, Brother Pablo is now following a new path as a full time missionary. With Jesus as his inspiration, the Holy Spirit as his guide, and under the watchful eye of our Mother Mary, Brother Pablo Maria is bringing the healing love of Jesus to the people of the world. 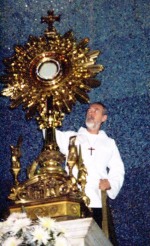 Since his departure from the Monastery, Brother Pablo Maria has been very busy. He has conducted healing missions in his native Columbia, Mexico, Peru, Cuba, Costa Rica, Nicaragua and various cities in the United States especially his beloved hometown Miami.

With his belief that everyone needs the love of Jesus, Brother Pablo has taken his mission to people in all walks of life. From the poor and homeless in the lowest of slums, to the wealthy top executive in the fancy high-rise, Pablo Maria has brought the healing love of Jesus to the people. He and his missioners have visited jails, orphanages, hospitals, rehabilitation centers for all types of addictions, the lowly man on the small town street and the crowed churches of big cities.

Brother Pablo Maria has been on live television and radio shows and has even produced many CD recordings. He will go wherever he is called, and do whatever it takes to share the love of Jesus. 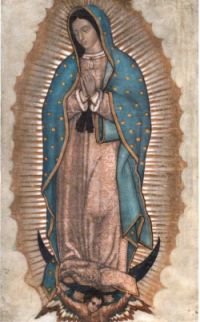 Getsemani Corporation, a non-profit organization exclusively for Brother Pablo Maria, is supported entirely by donations. Our mission needs your prayers and your financial support today.